The legend of “El Hombre Casa” 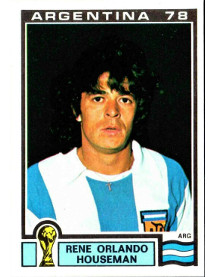 All the information depicted in this timeline are based on Wikipedia

How to read the timeline:

E l Flaco Menotti was worried. He was restless. The team I play for, Club Atlético Huracán, or more simply “El Huracán” is in the hotel to better prepare for the following day’s match. But, as always, there’s a but! One of the brightest stars of that wonderful team is not there. And believe me, in the nineteen seventy-three for “El Globo” plays the flower of futbolistas: Alfio Basile, Jorge Carrascosa, Miguel Brindisi, Omar Larrosa, Carlos Babington.

Who is missing from the roll call? Me, René Orlando Houseman.

No. No. Do not be fooled by the English surname. That’s the only English thing about me. I am Argentine to my bones. In the business I’m known as “El Loco”, but you know dear friends, the Argentinians are particular. In Argentina, for every ten players of fútbol there is one nicknamed “El Loco”; the goalie Hugo Gatti for example, or Marcelo Bielsa, or Martìn Palermo. Then to be honest I don’t like so much that people think about me as “El Loco”, I like much more another nickname, “El Hombre Casa”, because this one wipes away that jarring Anglicism that is my surname!

However, the minutes flow inexorably, and inexorably grows the anxiety of Menotti. At one point, Luis (Menotti) calls his assistant aside. They confabulate for a few minutes. Then they barrel out of the hotel in the direction of Bajo Belgrano. Luis is sure that I am there, in the “villa” where I grew up. Well, to be honest I was born in La Banda, then when I was a child my family and I moved to the “villa” of Bajo Belgrano near Buenos Aires. My parents thought they would give me many more opportunities by moving to the capital city. But a “villa”, dear friends, is not that luxury home you might imagine, a “villa” is much more simply a humble shantytown. The hard truth is, in the end, that my destiny was marked at a very young age: in addition to chasing a ball, I chased the poverty.

Anyway, when Luis and his trustworthy man arrive at Bajo Belgrano they find immediately what they are searching for. A “pachanga”! A “partidillo de barrio” That is a football match you can play everywhere, in any condition of weather and of pitch. There is nothing strange in a football match like that, it is a regular appointment every weekend for me and my friends “villeros”.

Luis begins to scan the faces of all the players on the pitch. But I’m not there… on the pitch. He takes a deep sigh of relief. On the one hand “El Flaco” is really happy to see I’m not playing that “pachanga” because I could have hurt myself very seriously. But on the other hand, he is almost terrified. Poor Luis is in despair. At this point he no longer knows where to look for me. I could be drinking in any of the bars of the “villa”. I could be drunk. I could have fainted somewhere. I could have gone to look for the companionship of some merry girlies.

Luis and “his” man are about to leave that field of dust and holes. They are hopeless. When suddenly the gaze of “El Flaco” moves on the players sitting on the bench, and, dear friends, when I talk about a bench I mean a wooden table and some bricks. He takes another sigh of relief, but very, very deep this time. He has finally found me.

Luis almost runs the length of the shabby, dusty pitch theatre of the pachanga. “His” man, behind him, is breathless and sweaty.

He approaches the bench where I’m sitting with the other benchwarmers and asks me with a look, just a single look: “What are you doing here?”.

I answer him: “I’m sitting on the bench Luis! Take a look at that number eleven! Please Luis! That guy plays divinely! With that guy on the pitch I cannot play! I cannot do anything but watch the game Luis!”

“El Flaco” looks at me, he does not believe what his ears are hearing. I honestly thought he was angrier for the fact that I was on the bench and not because the next day there was a game of Primera División and I could have broken a leg playing a match with friends in the barrio. But, dear friends, what do you want? That’s me. For me life and fútbol are the exact same thing. A game.

I am considered one of the best right wingers in all Argentine fútbol. “El Flaco” Menotti says that I’m “a perfect synthesis between Garrincha and Maradona.” But “El Flaco” is a true friend. One of my teammates at Huracán “El Inglés” Carlos Babington talks about me as “the strongest player among all the others.” But “El Inglés” is a true friend. And “El Gitano” Miguel Ángel Juáre puts the icing on the cake: “For me” he says “there is no player with the qualities of Houseman. Pelé, despite being an incredible talent, was not able to make the play that René makes at full speed. René runs without even touching the pitch. I admire Pelé, mind you, but René is more gifted, more unpredictable, more brilliant. When René runs with ball at his foot has no equal.” But “El Gitano” is a true friend. Anyway, the pitch says that and that’s what is said about me, even if to say that are just dear friends.

Then there is life outside the pitch, unpredictable as much as my fútbol. A life lived dangerously, always at full speed ahead. I have never hidden that I am a “villero”, I am always proud of my humble origins. I play for the friends of the barrio and for all the poor of Argentina, a “villero” who at least redeems them on a green lawn with a ball between his feet. And after making them proud on the pitch I drink with them all I earn. What the fuck! In the “villa” I shared the hunger, never mind if I don’t share my pesos!

I started playing fútbol in the youth team of the team for which I have always supported the Club Atlético Excursionistas of Belgrano. They did not believe in me, but the truth is that they were ashamed of the fact that I was a proud villero. What a contradiction for a team whose nickname is just Los Villeros.

So, their sworn enemies, those of the Club Atlético Defensores de Belgrano took advantage of that choice. With “El Dragón” in Segunda División I played from seventy-one to seventy-three, that is, until Luis “El Flaco” Menotti became coach of Huracán. Then our partnership began. We wonthe Campeonato Metropolitano in our first year. The following year we reached the semi-final of the Copa Libertadores and the year after that of the Subcampeonato.

Call it a lack of professionalism or indiscipline. Call it what you want. I got away to go play fútbol in the barrio with friends and then I went to parties.

How many times I have heard that I was going on the pitch drunk. It is not true, or at least it is only partially true. It only happened once I was drunk and then I scored the most beautiful goal of my career.

Huracán faced River Plate in a match of the Metropolitano of seventy-seven. The game was played in the morning and not in the evening as usual. I arrived at the hotel at eleven in pitiful condition. I did not have time either to sleep or recover from the very hard night that my son’s birthday had turned into. Luis threw me onto the pitch just to make up numbers. I wandered aimlessly. Then I received the ball. I cannot explain what happened when I got the ball at my feet, I simply did what was best for me: a couple of feints, a dribble and so I also drank the two central defenders of “Millionarios” Perfumo and Ártico. In front of me there is only the goalie “El Pato” Fillol, hop another feint, hop another dribble and here is one of the most beautiful goals in the history of football.

Then, after a while, I asked for the change. I pretended I hurt myself. I wanted nothing more than to go home to have a nap. And then River drew level.

I became an international player thanks to the Argentina National Team. In ‘73, a sacred monster of fútbol, a certain Enrique Omar Sivori, gave me my debut. He was the national seleccionador and he summoned me for a Copa Lipton match against Uruguay. Since then I have become the owner of the number seven shirt of the Albiceleste.

I took part in the World Championships in Germany in ‘74, where I scored a fantastic goal against Italy (ask Dino (Zoff) if I tell you a lie dear friends, and those of ‘78. That World Cup that was played in Argentina. My home. Those that we sadly won. Conducted on the pitch by Menotti and shepherded outside the pitch by that slob Videla.

But as I told you dear friends, the excesses were really too many, and my bright star started to dim at only twenty-seven. In five seasons I played for River Plate, for Colo-Colo in Chile, for AmaZulu in South Africa, for Independiente, with whom I won the Copa Libertadores and then finally for the team for which I have always supported, Excursionistas. A match. Just one match in ‘85, then I announced my retirement. The perfect squaring of the circle. Can you understand how romantic fútbol is? The club that had refused me was also the one that saw my farewell to football!

What do you say my dearest friends? Who is Ariel Prat? He is the leader of a music band.

I just forgot to tell you the band’s name is Houseman René Band.

Illustration by Fútbolismo © All rights reserved
Photos
Previously published on The Football Pink with the title "The legend of the holy drinker". 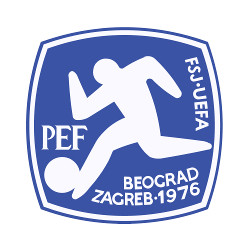 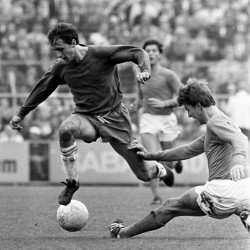 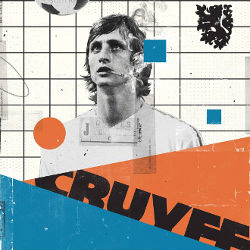 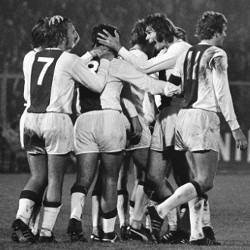 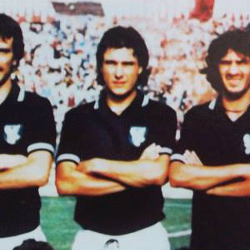 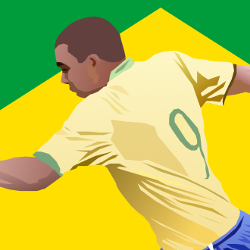